One of the principles of the United Nations is to protect civilian populations in a context of insecurity, where the state cannot intervene freely.

One of the principles of the United Nations is to protect civilian populations in a context of insecurity, where the state cannot intervene freely. 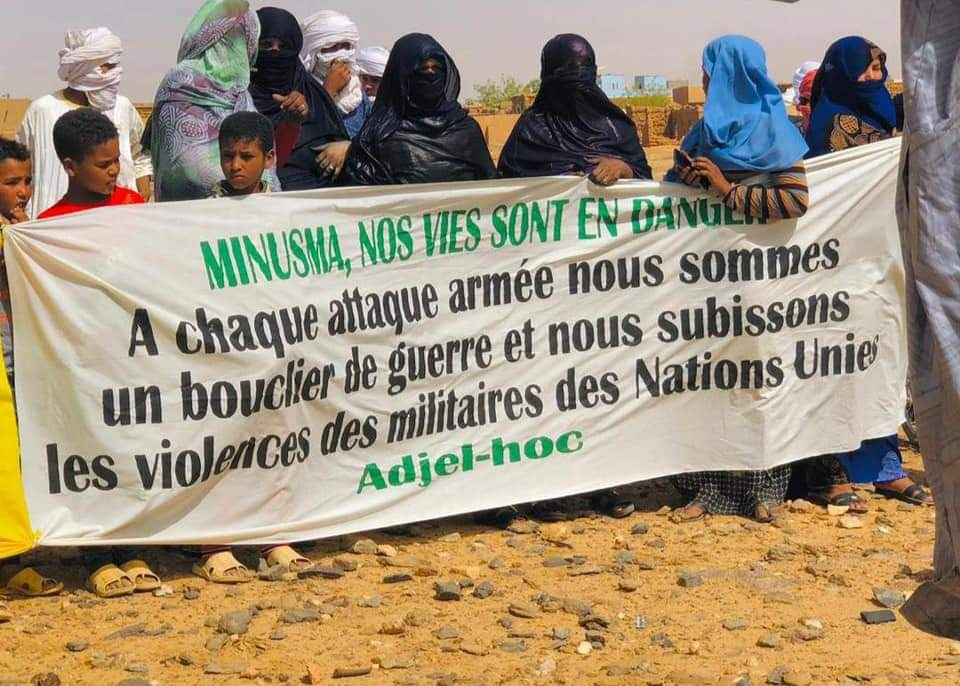 In Adjel-hoc, a commune located in the Kidal region, this principle is being flouted. In recent weeks, the inhabitants of this village no longer feel safe under MINUSMA.
For years Adjel-hoc has faced a stalemate. On the one hand, armed terrorist groups order the population to stay away from the camps of the international forces. On the other hand, the international forces encircle and isolate the village with fences and barbed wire, making it an integral part of the MINUSMA camp.

One resident explains. He feels trapped between two fires, the village being at the center of confrontations between the different parties. He mentions the problematic layout of the village, which is enclosed by barbed wire and has only two exits. With the rainy season and the risk of flooding the village, the two exits are obsolete. Moreover, the camp of Adjel-hoc represents an economic source for the whole commune, having wells and cattle. Its extinction is as catastrophic for its inhabitants as for the neighboring camps.

Since the events of 2019, the inhabitants of the commune have asked the international forces to stay at least seven kilometers away from civilian dwellings. They have also called on MINUSMA to remove their barbed wire.
On April 2, a jihadist attack led to a battle with the Chadian contingent of MINUSMA. The killing of three civilians by Chadian forces aggravated the situation. They were taken from their homes, tortured (with photographs) and executed at the MINUSMA camp. The victims are :
- Bay ag Aklil, 60 years old.
- Aklil ag Issouf, 68 years old.
- Attayoub Alhosseyni, 45 years old.

Following these reprehensible events, the demands of 2019 were reiterated in 2021, during peaceful demonstrations.
The local population is losing confidence in the international forces that normally work for peace. The inhabitants feel that they must be heard, because they are able to judge for themselves whether or not the principles of peace supported by MINUSMA are being properly implemented on the ground.

Following repeated violations of these principles, the camp's inhabitants decided to leave the camp in protest. The civilians would rather return to nomadic life than feel insecure. They will not return to the camp until their demands are met. 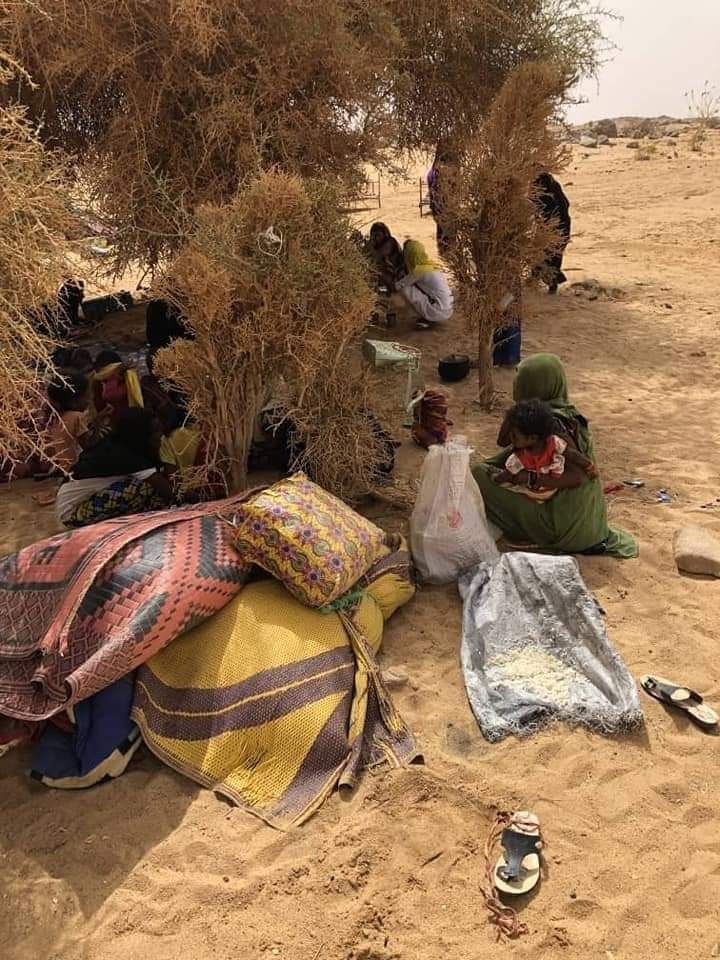 Imouhagh International for Justice and Transparency supports the legitimacy of these demands and strongly condemns the violations perpetrated by MINUSMA.
We call on the forces of the UN mission in northern Mali to respect the rules of international law and to comply with the standards of conduct and objectives of their charge.
We understand the pain of exile: gathering the bare minimum, leaving your home, abandoning part of your life and savings to head into the desert in the heat.
Imagine the threat that MINUSMA represents for these populations, pushing them to take the heavy decision of going into exile.
Therefore, we call on the head of the International Multidimensional Mission in Mali to find an urgent solution to stop these forced displacements, as well as to help the civilians who wish to return to their homes.
Imouhagh International also calls for the prosecution of the Chadian soldiers responsible for the abuses against the three civilians mentioned.